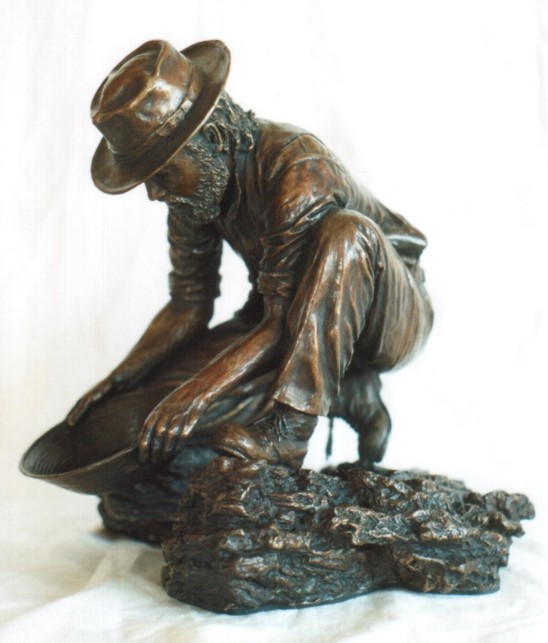 Some years ago I did a series of six pen and ink drawings depicting colonial life in New Zealand at the turn of the last century. One of these studies was of an old time Gold Panner. I knew at the time this was an ideal subject for a bronze sculpture.

To do the photography and research for the original drawing I travelled to Alexandra, Otago, in the South Island of New Zealand. There I met Bill Tinker who was perfect as my model for the assignment. Bill had himself been working a claim up until a few months before I met him. He was a real "cowboy" and mentioned the type of work he had been doing, such as hanging from a rope beneath a helicopter to tend a buoy in the middle of one of the Sounds.

One of his photos he proudly showed me was of his digger upended over the edge of the pit of his claim where he'd pushed its limits just a bit too far. Bill, by then in his sixties, was running the local Youth Hostel as well as a jet boat tourist service to visit some of the old gold-digging sites. We spent a day or so looking around as well as borrowing some "authentic" garb from the local amateur theatre to make him look the part.

We took the shots the next day on the banks of the Clutha River. Bill found a small vein of gold-bearing black sand only a few feet back from the water. While I stood on a tiny rock to do the shoot, only inches above two hundred tons per minute of fast flowing river, Bill, on the edge of the river in a quiet little spot, actually panned a few grains of gold. That same spot is now submerged beneath the waters of Lake Dunstan, newly formed by the Clyde Dam. 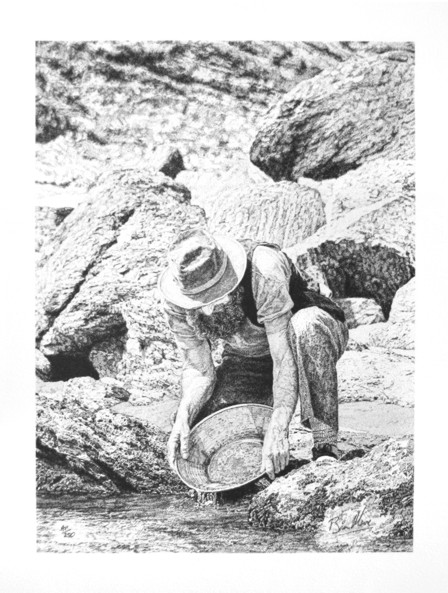 These photos were taken from the one angle as intended for the drawing so, when it came time to do the sculpture a few years later, I enlisted the help of another friend, Boud Van den Bemd, for the shots that would give me all the angles I needed. Boud, a farrier working with Clydesdales, had a similar lean physique to Bill and so once again was ideal for the purpose.

With all the material gathered for the study, I then spent several hundred hours creating the sculpture in black wax over a wire frame.

At the foundry where the bronzes are cast, five moulds are employed to produce the one finished piece, for each of the 100 castings of the edition. They are: one for the figure, one for the rocks, one for the pan, one for the hat and even one for the laces hanging from the panner's right boot. 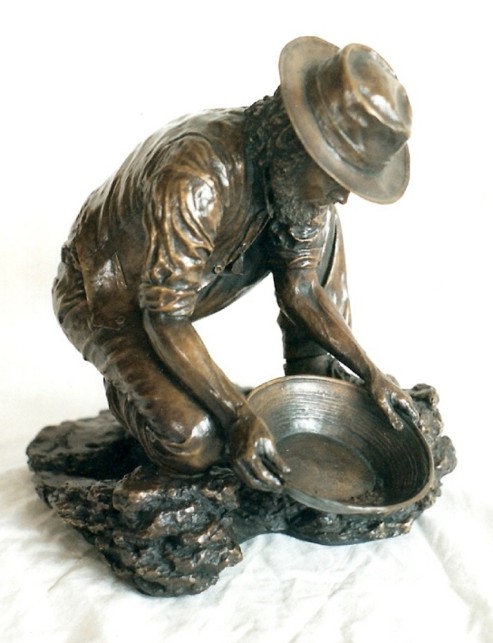 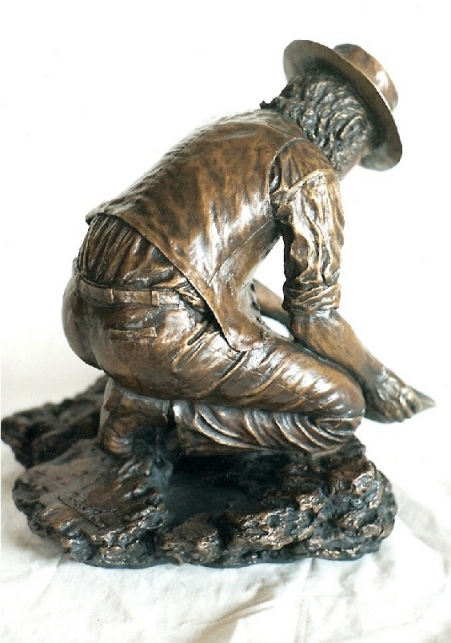 International calls: +64 9 420 3308
Email: This email address is being protected from spambots. You need JavaScript enabled to view it.